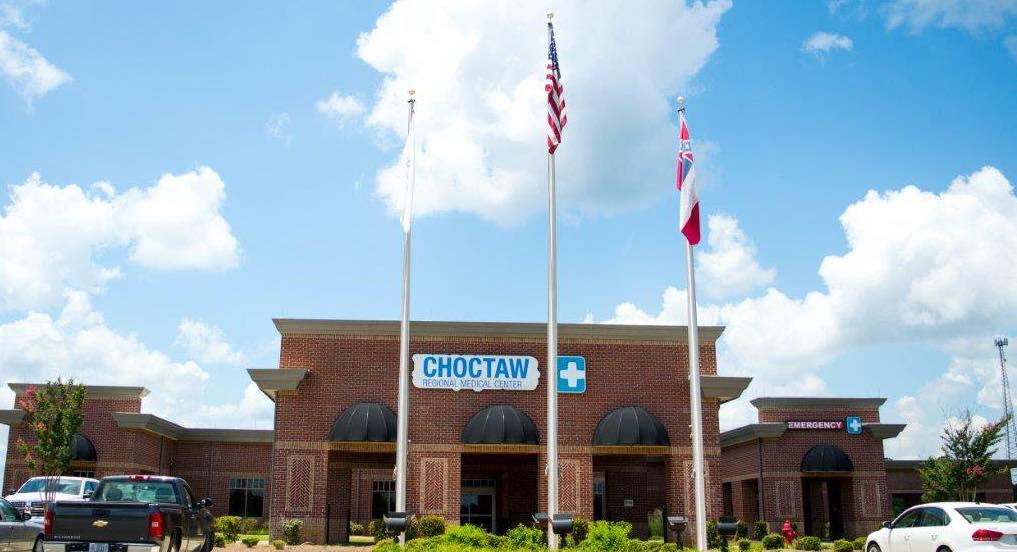 Choctaw Regional Medical Center came to par8o for two reasons: First, the critical access hospital (CAH) wanted a way to optimize its 340B program for chronic care patients by “closing the loop” on referrals made to specialty partners. Second, Choctaw wanted to capture "referral prescriptions" from its Walgreens contract pharmacies - which par8o 340B Referral Capture is the only solution for.

Like many 340B participating organizations, the 15-bed CAH in Ackerman, Mississippi uses funds generated from the 340B Drug Pricing Program to fund vital services for its rural population. 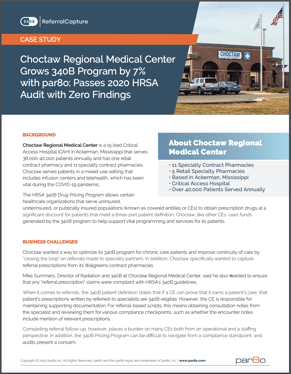 “You'll produce a revenue stream for your hospital, or your health center, that will allow you to reinvest in the number and type of services offered to your community,” said Mike Summers, Director of Radiology and 340B. “It'll increase the quality of the care that your entity is able to provide for that patient.”

When Choctaw realized it could capture additional scripts for 340B patients by adding referral prescriptions to its 340B program, partnering with par8o was the obvious solution.

Read the case study to learn how par8o helped Choctaw Regional support its 340B prescription drug program, capture "near miss" 340B scripts from Walgreens, and grow its overall 340B program.

Plus, learn how par8o's approach to compliance helped Choctaw pass its 2020 HRSA audit. 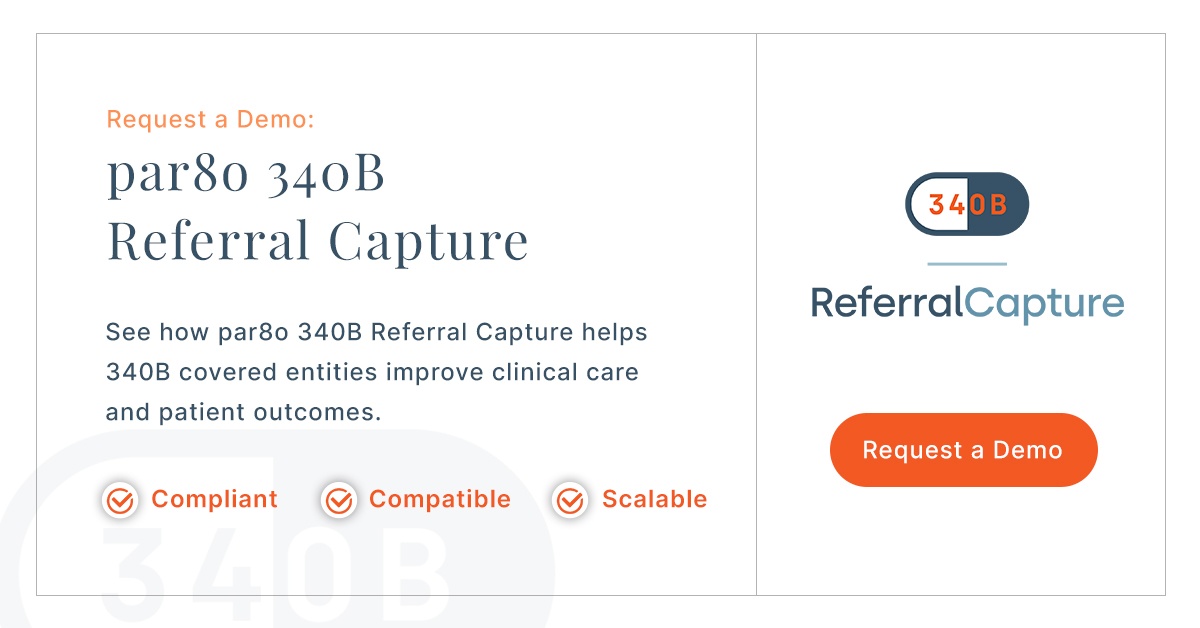