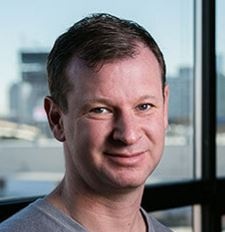 Clinical trials are the primary source of progress in healthcare innovation; the period in time where the sum of our investment in basic science, compassion, and ambition is subjected to the rigors of the scientific method.

The modern clinical trial is an incredibly complex and vigorous process with extensive oversight and safeties. Unfortunately, it has also become a mechanism whereby we have institutionalized racism in healthcare. We have all but assured that minority groups do not have equal access to clinical innovation explored in these trials: 31 cancer drugs have been approved since 2015. 24 of the drug trials included fewer than 5% African Americans, despite blacks making up 13.4% of the US population.

Poor Representation of Racial and Ethnic Groups in Clinical Research

Under-representation of minority racial and ethnic groups in clinical trials is a “double sin” because 1) underrepresented racial and ethnic groups have delayed access to therapeutics, and 2) more importantly, these groups respond differently to various therapies based on genetic differences. Both of these factors contribute to bad data - data that creates a legacy of racism in healthcare because researchers and pharmaceutical companies have incomplete knowledge of how effective a treatment is for populations not fairly represented in clinical trials.

The irony is that today's clinical trial processes—perhaps more so than any other process in our society—are completely blind to race. Trials are often double-blinded, meaning neither patients nor researchers they interact with know whether a trial participant will receive a "placebo" - non-reactive substance or pill - or the actual treatment being tested. But today's measures weren't without missteps: dark stains of early racial discrimination in research—such as the Tuskegee Trials—led to the sophisticated oversight and randomization that is now required by law in a trial. Yet laws don't erase memory; and events such as the Tuskegee Trials add layers of mistrust to the issue.

So - how does clinical research perpetuate unequal access to clinical trials, even when blind to race as mandated by law? The answer is complex - or simple, depending on how you look at it.

First, the complex reason. The legacy of distrust toward pharmaceutical institutions and clinical trials in particular. This legacy is felt the strongest among people of color and other minority groups. The distrust is multifactorial and, in many cases, justified. Process and motivation concerns will need to be addressed over time, and ultimately it is the entirely objective nature of the clinical trial process which should lead the effort in resolving these complex issues.

Now for the simple reason: Minority ethnic and racial groups are put at a disadvantage based on where and how they receive healthcare. These underrepresented populations disproportionately receive care from non-tertiary, non-academic medical facilities, relying instead on FQHCs and CHCs (Federally Qualified Health Centers and Community Health Centers).

Health centers operate under a specific framework from the federal government designed specifically to provide care for underserved or access-challenged populations. Often overlooked, there are over 2,000 FQHCs and CHCs that see over 100 million Americans a year. However, given their funding, health centers lack the resources, personnel, and often the mandate to introduce patients to innovation through clinical trials.

par8o, through PRN (par8o Research Network), hopes to resolve this access inequality by making clinical trial participation much easier for FQHCs, CHCs, and their patients. The way PRN achieves this is by making the clinical trial no different than any other care coordination event, where a health center refers a patient to a specialist or outside resource, something they already do millions of times a day.

For example, a patient sees their primary care provider and she wants to send them to a cardiologist. For that to happen, the FQHC/CHC need to coordinate the appointment and make sure the patient, along with the results of the referral, are returned back to the clinic. Indeed, PRN uses technology and service to equip organizations like FQHCs and CHCs to identify, qualify, and refer patients without having to become clinical trial sites themselves.

Editor's Note: This is part one of a multi-part series. Subscribe to our newsletter to be alerted as the series develops.